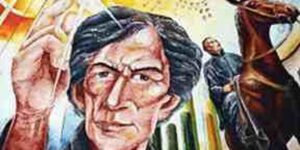 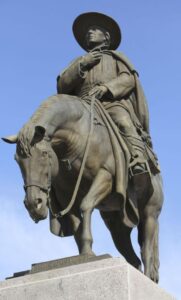 Father Eusebio Francisco Kino is moving closer to sainthood. On July 13, 2020, Pope Francis approved the 17th-century Jesuit priest as Venerable – two steps away from sainthood, recognizing in the process Kino’s life of “heroic virtue.” In the Catholic church, after a candidate becomes Venerable, the next step is Blessed and then Saint (http://www.usccb.org/about/public-affairs/backgrounders/saints-backgrounder.cfm). As Blessed, a miracle attributed through the candidate’s intercession is required. Canonization (sainthood) requires a second miracle. The pope, however, may waive these requirements. Padre Kino, known as “the patron saint of the borderlands,” was born in Segno, Italy in 1645 and died in Magdalena, Sonora, Mexico in 1711. Rev. Gregory Adolf, SMRC’s current Vice-President, notes that “Padre Kino’s work as a bridge builder between various cultures and tribes has a special relevance for us living in these borderlands.” Manny Martinez, a member of the Tohono O’odham Nation, said “Kino was an ally to tribal peoples of this area,” and “he really worked to be a bridge between Native Americans’ spirituality and the Catholic faith.” Padre Kino was the founder of the mission community of San Xavier del Bac, near Tucson, and many other mission communities in Northern Sonora and Southern Arizona. (Carmen Duarte, “Father Kino, founder of So. Ariz., Sonora missions, moving closer to sainthood,” Arizona Daily Star, July 19, 2020)