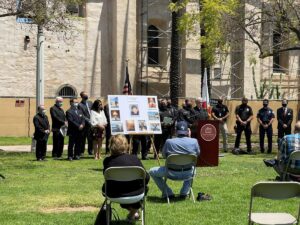 UPDATE: After an eight-month investigation, authorities recently announced that an arrest has been made following the July 11, 2020 fire at Mission San Gabriel in California. The suspect has been charged with four felony counts including two arson related. Shock waves from this devastating fire were felt as far as Spain, which resulted in an outpouring of support, including from SMRC. The mission is hopeful that the roof will be restored by spring of 2022.