Even though now famous because it became the burial place of Father Eusebio Kino, Santa María Magdalena was also a visita throughout the Jesuit period. 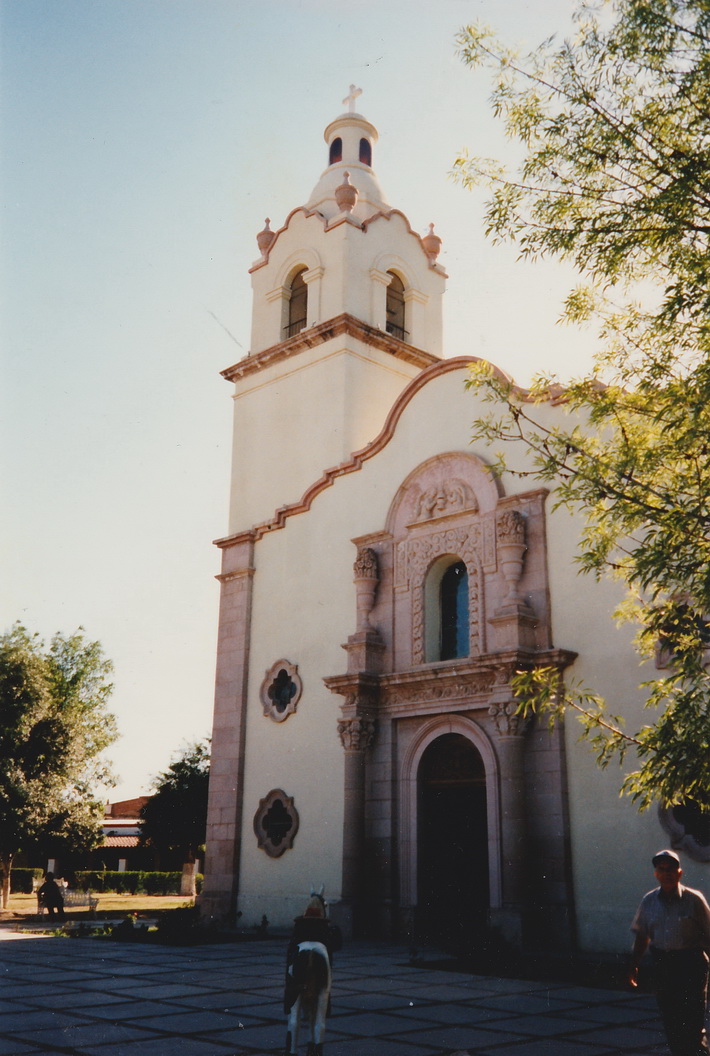 The church and house there were being built in 1705 under the administration of Father Agustín de Campos of San Ignacio. In 1706, Father Kino personally lent a hand with construction.

Father Kino had just finished building a new chapel in Magdalena, one dedicated to San Francisco Xavier, when he died there in 1711. In 1730, the temple built by Father Campos with Kino’s help and which included an imposing bell tower on its own slab foundation, was described as being deteriorated. Father Reyes wrote in 1772 that the house for the missionary was “entirely in ruins,” and the church was “large but dilapidated and only a chapel to San Francisco Xavier has any decent furnishings.”

If Father Reyes was right about the priest’s house, the situation was corrected before November of 1776 when Father Pedro Font, recently returned from his overland expedition to Alta California, was stationed here. Apaches, Seris, and apostate O’odham attacked Magdalena that month and Font described the assault in great detail. From it we learn that his flat-roofed adobe house, which may or may not have been attached to the church, was hall shaped, consisting of “seven rooms in a row, one after the other. There was a kitchen, then a storeroom followed by two other rooms, and then another larger one which was a parlor; finally, there were two medium sized rooms. The whole was of adobe with a roof of grass and earth.” Before being frightened away by reinforcements coming from nearby San Ignacio, the attackers were able to torch the roof over five of the seven rooms. They also broke into the church, carried off the vestments, spilled the holy oils, ripped the linens from statues. They took from its case “a lovely image of San Francisco Xavier,” which they threw on the floor, breaking its arm. For good measure, they ruined the baptismal font and candlesticks.

That Franciscans effected repairs on the Campos/Kino building is clear from the 1797 report of Father Yturralde’s visitation. “I inspected the church,” he wrote, “which is a single pretty and respectable room whose construction is of adobe with a wooden roof that has been covered with lime mortar. The sacristy still is not completed.” 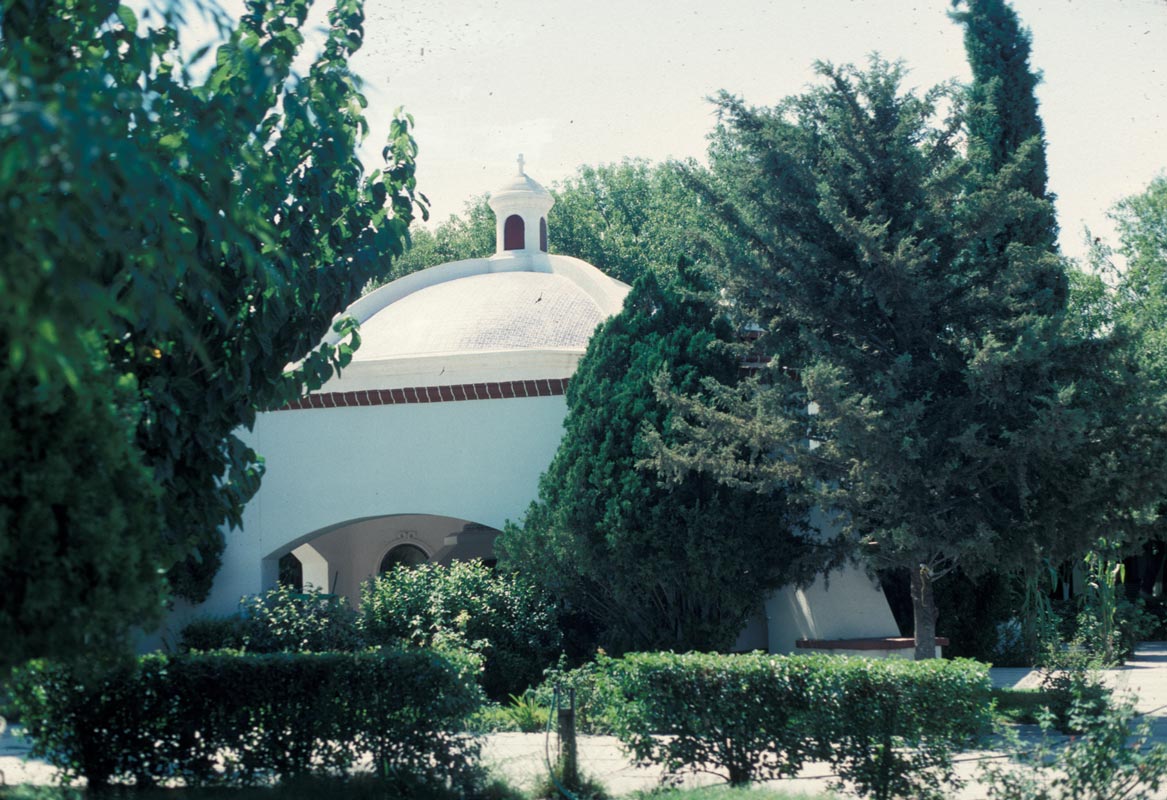 All traces of the 1705-06 structure have since disappeared, although its ruins and the church now in use can be seen in depictions rendered in 1851, 1864, and 1879 respectively by John Russell Bartlett, John Ross Browne, and Alphonse Pinart. While the chapel in which Father Kino is buried has also disappeared, part of its stone footings can now be viewed adjacent to his skeletal remains under roof and glass in the Kino Memorial Plaza. The church on this central plaza today is the latest Franciscan structure in the Pimería Alta, a building erected between 1830 and 1832 by Father José Pérez Llera. It was heavily remodeled in the late 1950s essentially in its present form. 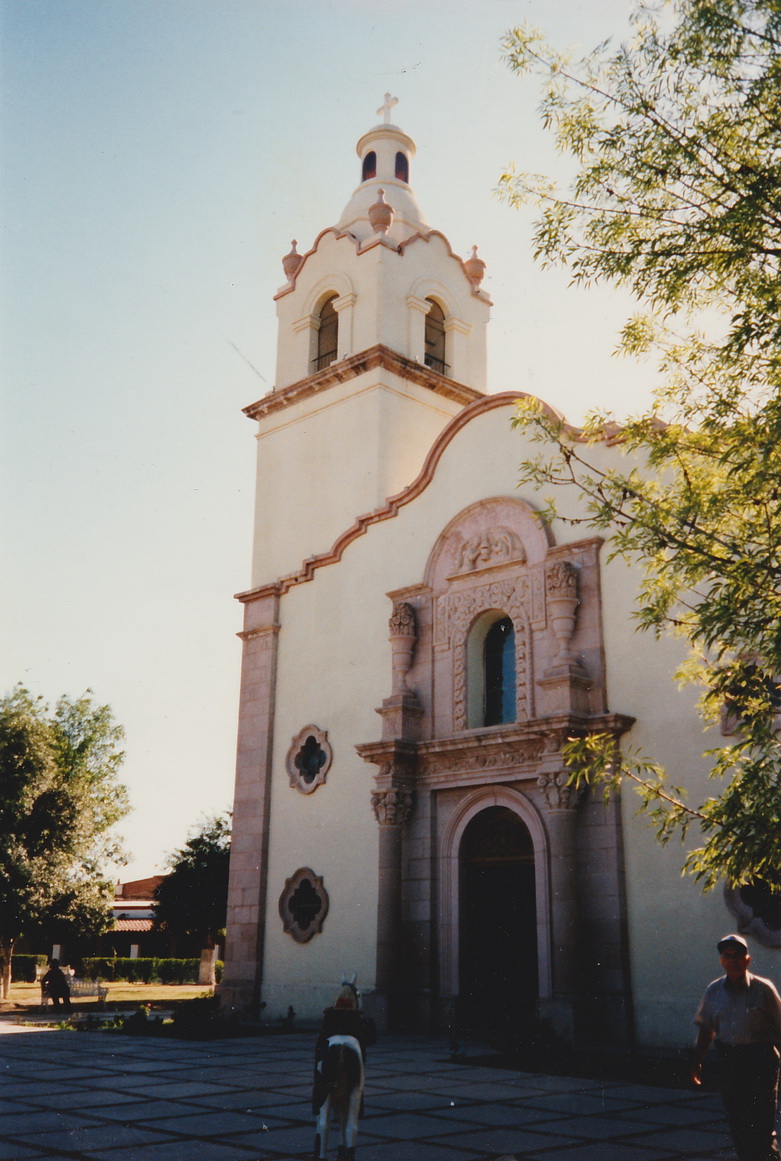 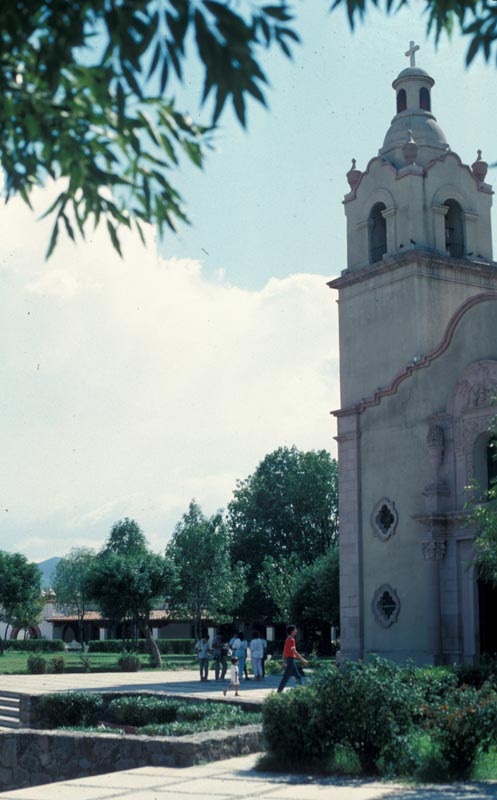 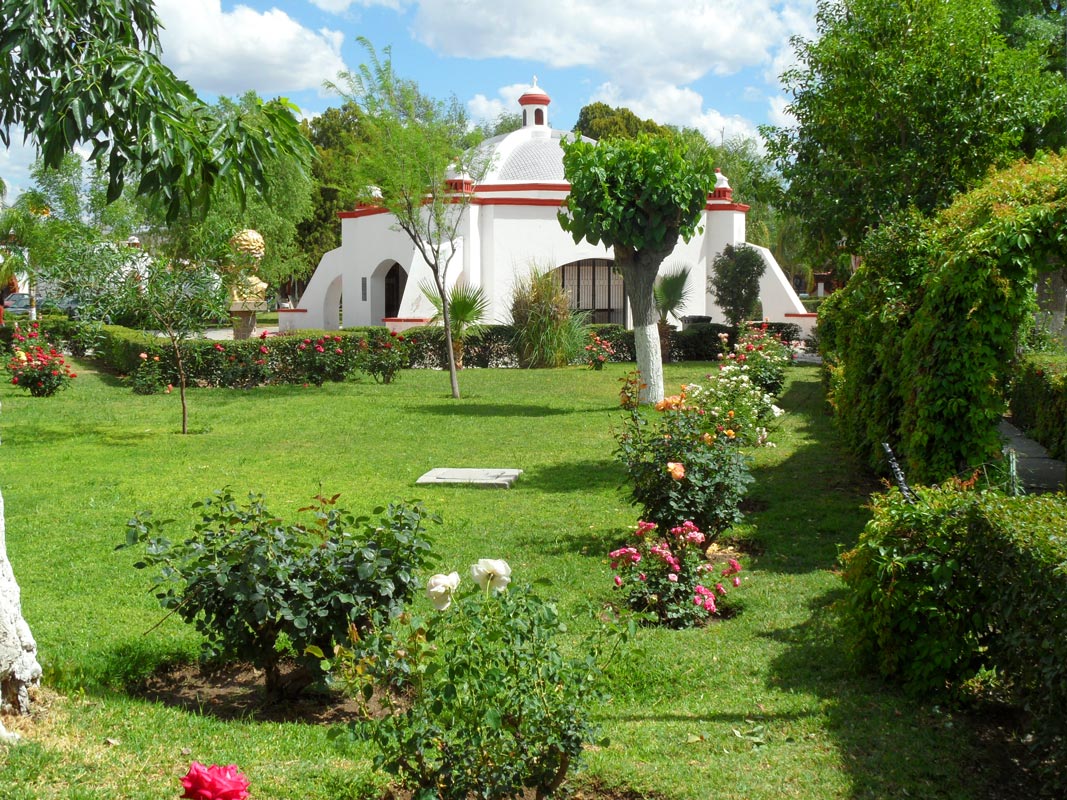 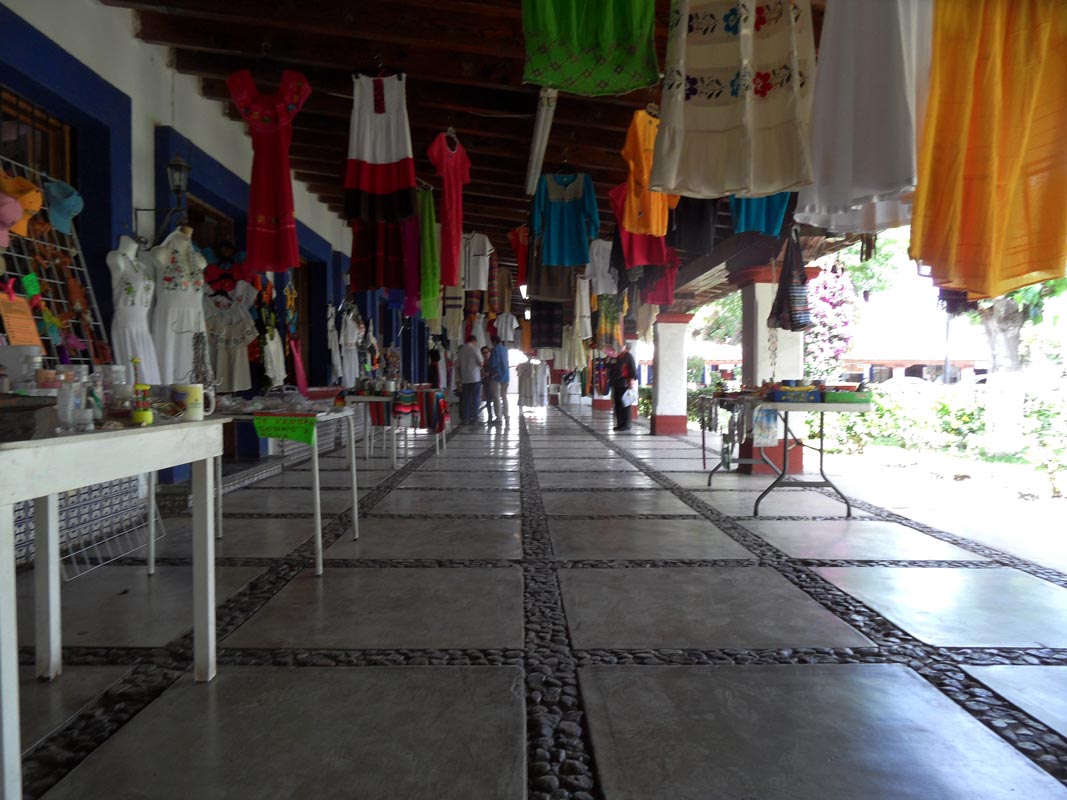 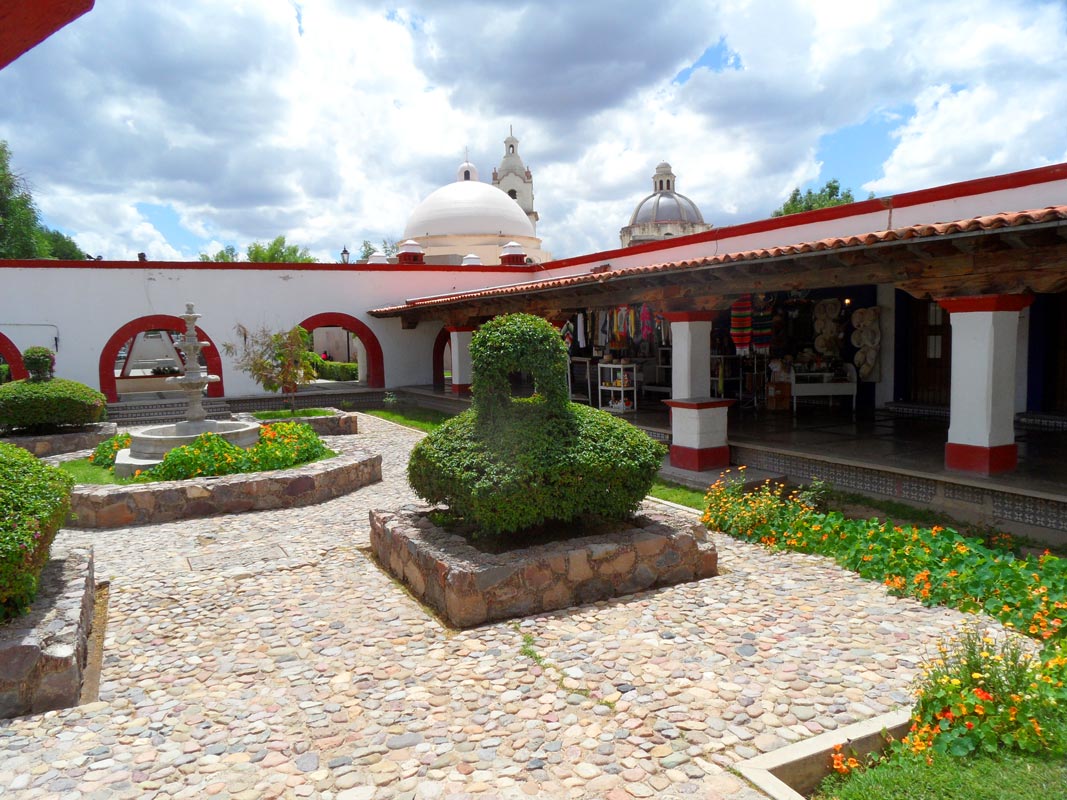 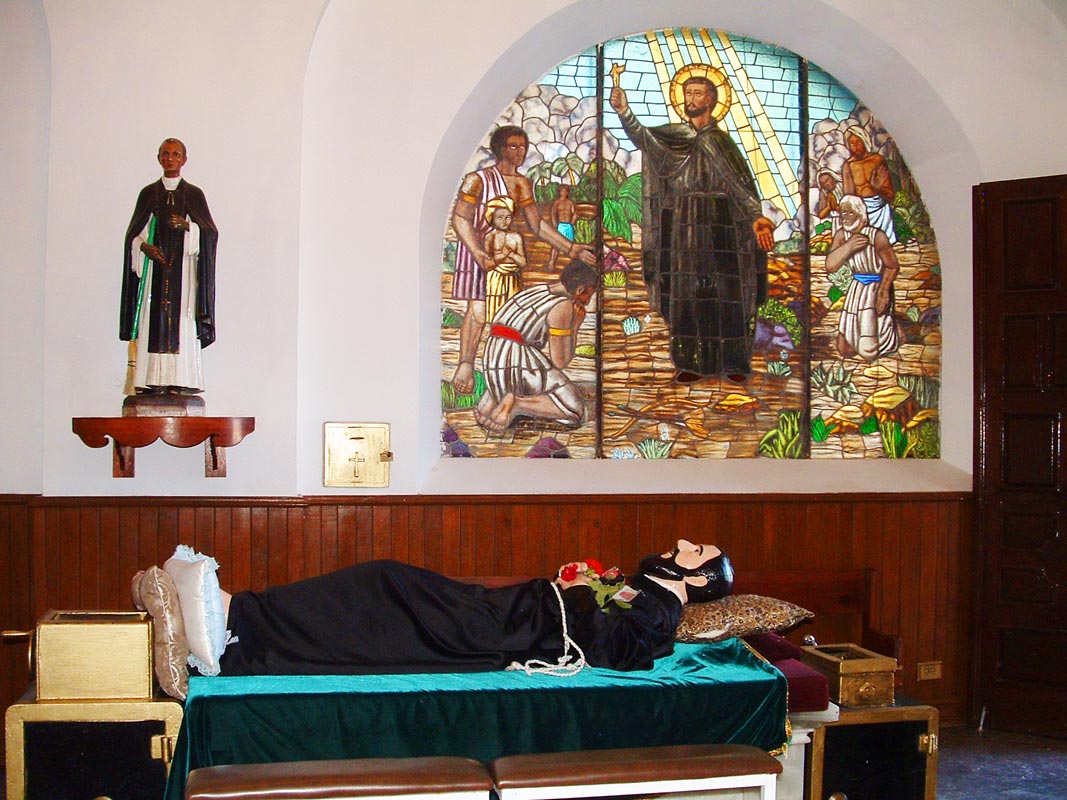 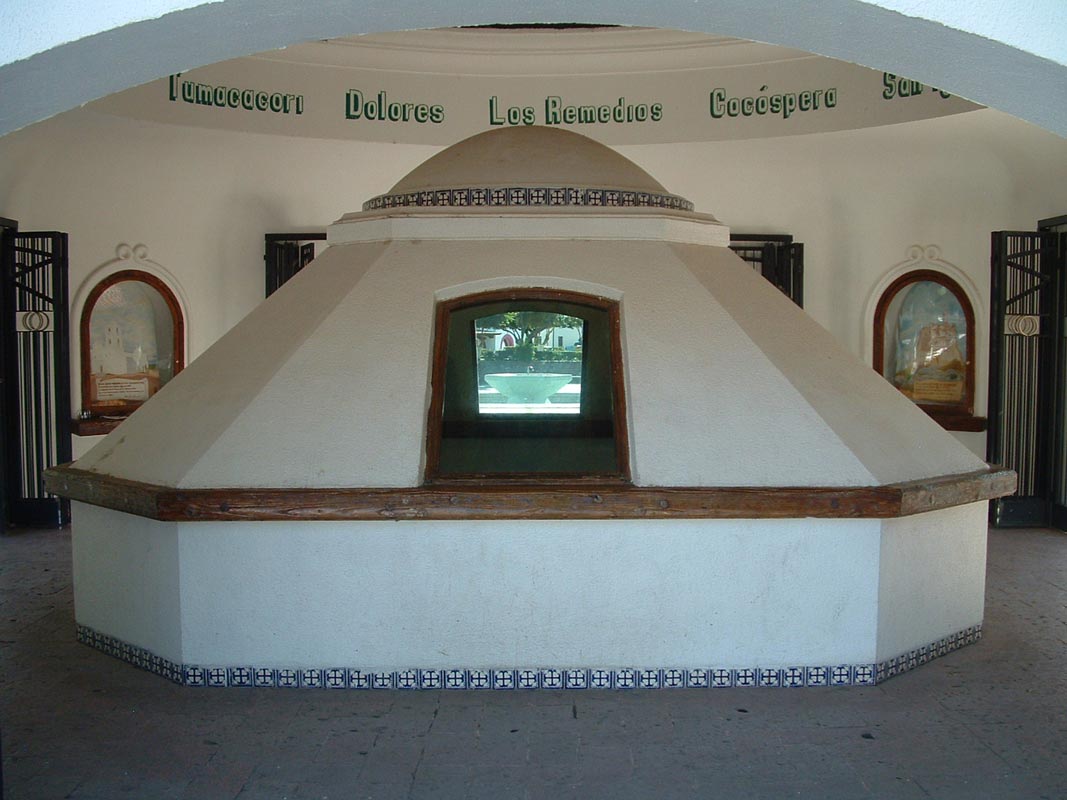 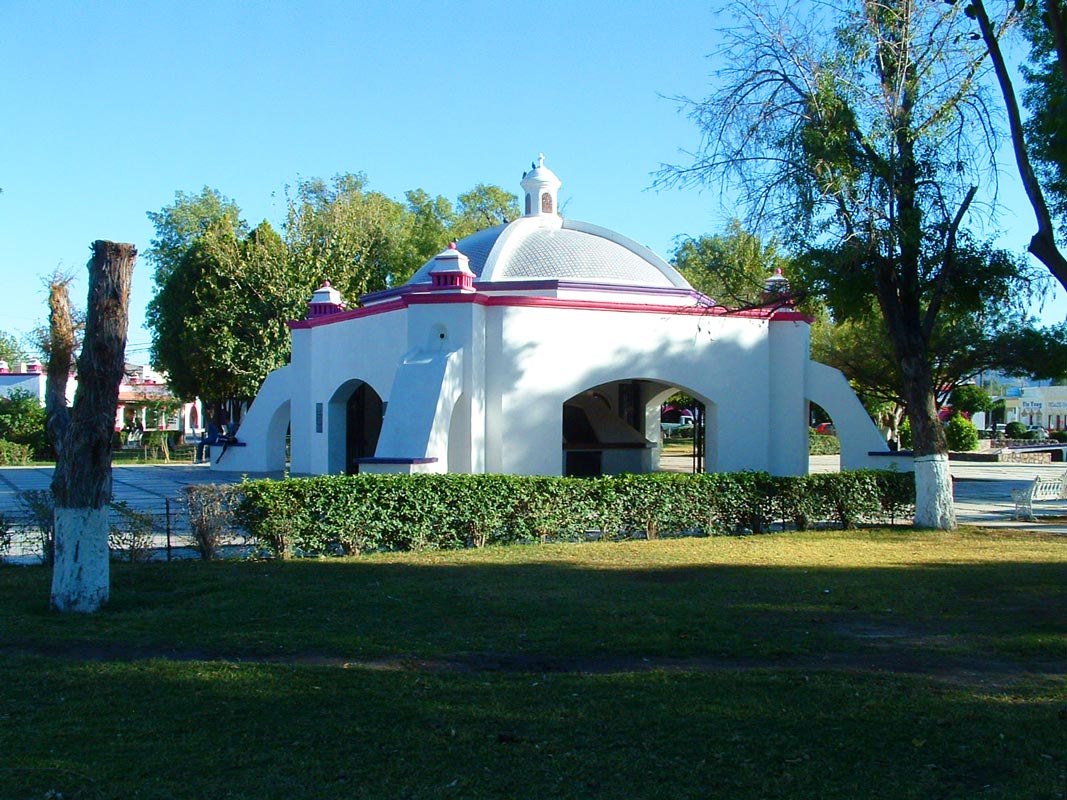