The great house of worship presently at San Xavier del Bac, whose interior is the decorative pièce de résistance of Pimería Alta churches as well as of all Spanish-period churches within the continental boundaries of today’s United States, is the second in this O’odham village. Father Kino, whose first visit to the O’odham community of Wa:k (Bac) was in 1692, began to build a church here in 1700. It apparently never got beyond its foundations, however, and in 1751 the Jesuit Father Visitor Jacobo Sedelmayr said of the Indian community, “It is still very backward without a catechist, without obedience, and without any church other than a ramada and a wretched house. It is clear to see that this village has been visited very little.” 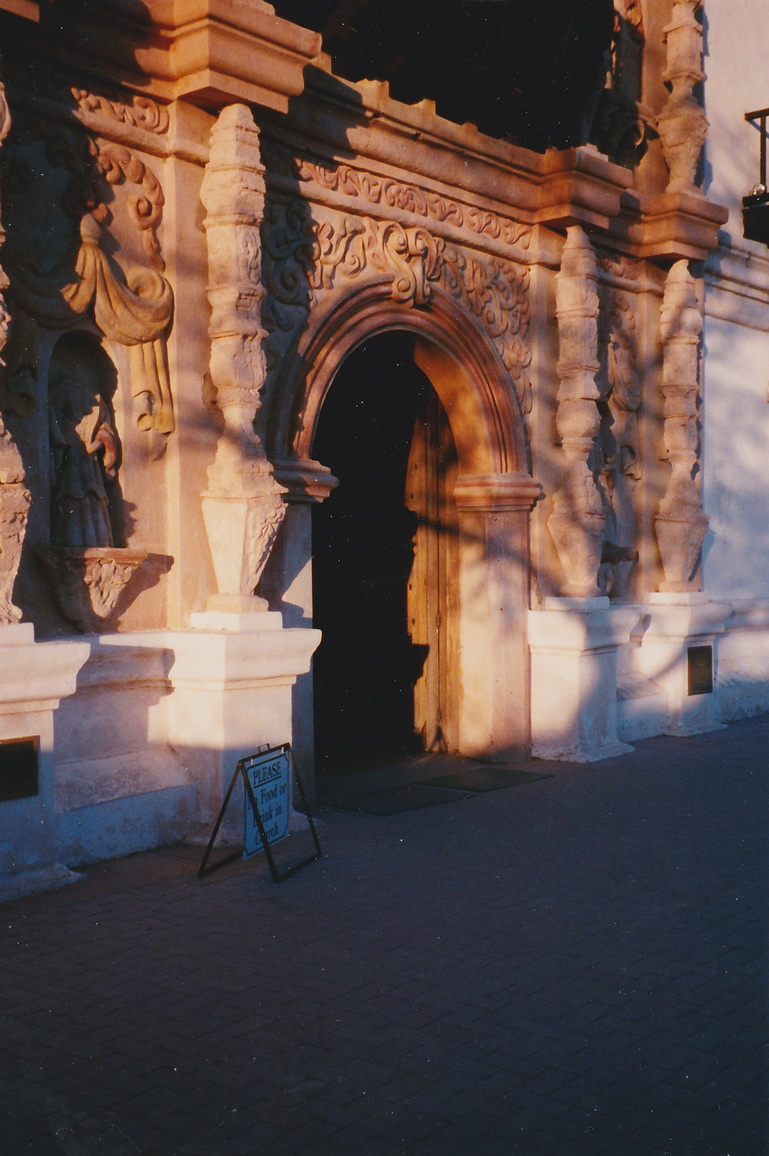 San Xavier’s first church, other than a ramada, was a flat-roofed, hall-shaped adobe building begun shortly after the arrival of Jesuit missionary Father Alonso Espinosa in 1756. It was serviceable at least by 1763, although given the fact that Espinosa failed to level the site and there were no stone foundations, there must have been structural problems from the outset.

Father Reyes’s 1772 report said of Father Espinosa’s church that it was “of medium capacity, adorned with two side chapels with paintings in gilded frames.” It also had a sacristy, apparently behind the sanctuary and main altar. The building was somewhat unusual in that the vigas, instead of spanning its entire width from wall to wall, ran from outer walls to the tops of longitudinal beams supported on a row of wooden columns standing along the length of the church. Persons entering the main portal on the south were immediately confronted by a row of posts down the middle of the nave to the sanctuary.

The adobe church built by Father Espinosa was the one inherited by Father Francisco Garcés when he arrived at San Xavier in 1768 as its first Franciscan minister. The peripatetic friar seems always to have been more interested in people than in buildings, in seeking new souls than in properly enclosing spaces for religious worship-although it was he who built an elaborate fortified residence complex with torreones in his visita of San Agustín del Tucson by February 1771. By 1772, the year of Father Reyes’s report, an adobe chapel with a roof of beams was under construction there.

Improvements in the architectural situation at San Xavier had to await the arrival in 1776 of Father Juan Bautista Velderrain, a Basque friar who in 1774 and 1775 had overseen construction of a fired brick church at the Lower Pima (Southern O’odham) village of San Ignacio de Suaqui Grande. 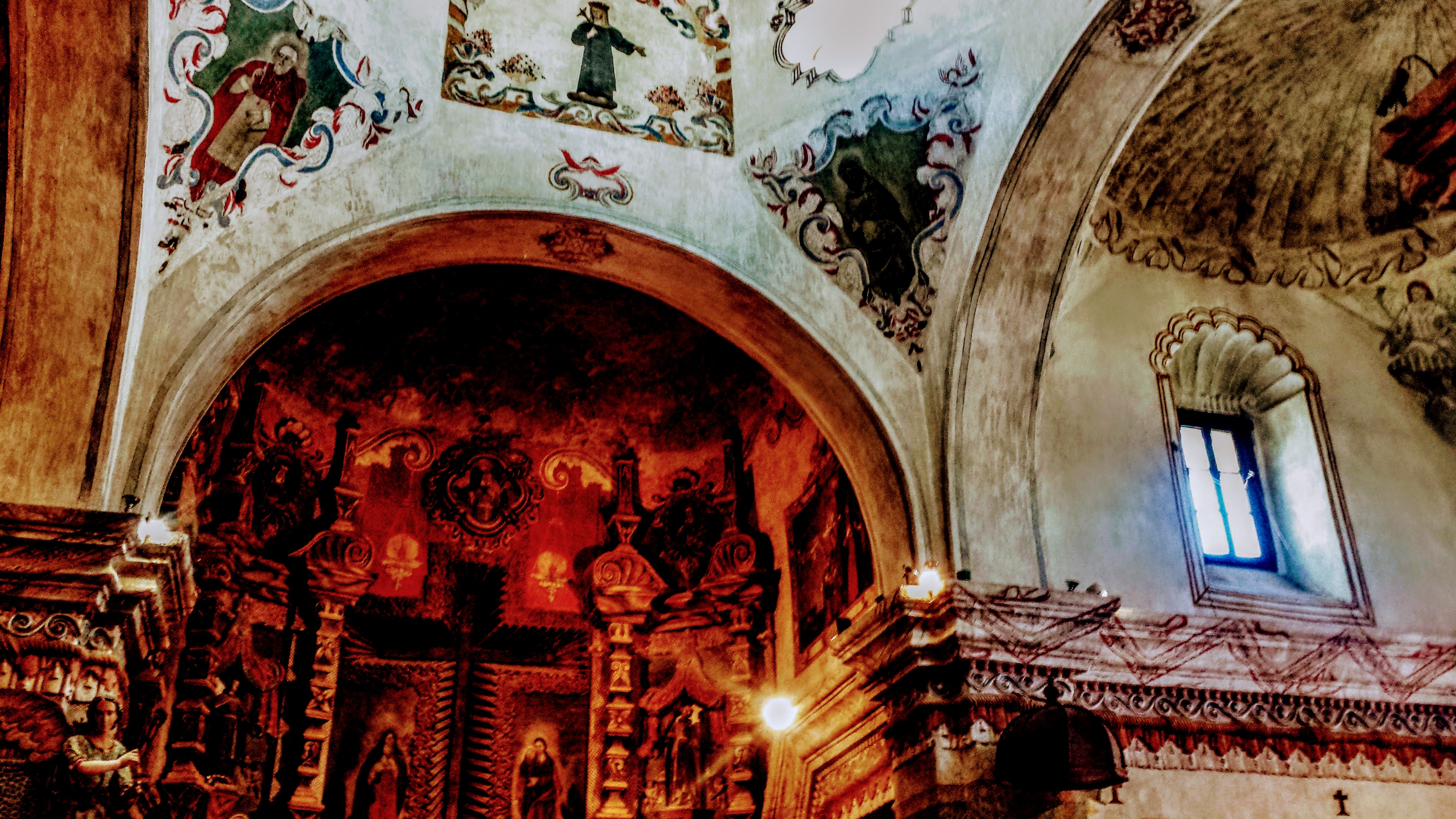 Although 1783 is a date commonly given for the beginning of the present magnificent edifice at San Xavier, 1781 or soon after is far more likely. Velderrain was a builder with a proven track record. He arrived at San Xavier when Franciscans were about to launch a campaign of new church construction in the Pimería Alta. And most significantly of all, the former president of the Pimería Alta missions, Father Barbastro, writing in mid-1788 ostensibly about the period 1768-1783, included San Xavier among new brick churches with vaulted roofs that by then—either 1783 or 1788—had replaced earlier (Jesuit) structures.

Building San Xavier was an expensive proposition, but Father Velderrain was able to borrow $7,000 pesos—the equivalent of more than twenty years of a missionary’s salary—from a businessman, Don Antonio Herreros. The friar’s only collateral was wheat from crops not yet even planted—almost as if he expected Don Antonio to join him in his vows of poverty. The good Basque was never able to repay the debt; “spitting blood,” he died at San Xavier in 1790, the new church still undecorated and otherwise unfinished.

It was Father Velderrain’s successor at San Xavier, Father Juan Bautista Llorens, who oversaw completion by 1797. In 1804, the Spanish commandant of the Tucson presidio offered the “conservative estimate” that by then the building expense was $40,000 pesos. Because of the threat from Apaches, the salaries of the artisans, enticed to the frontier from somewhere farther south in Mexico, had to be doubled. “The reason for the ornate church at this last outpost of the frontier,” he wrote, “is not only to congregate Christian Pimas of the San Xavier village, but also to attract by its sheer beauty the unconverted Papagos and Gila Pimas beyond the frontier.” 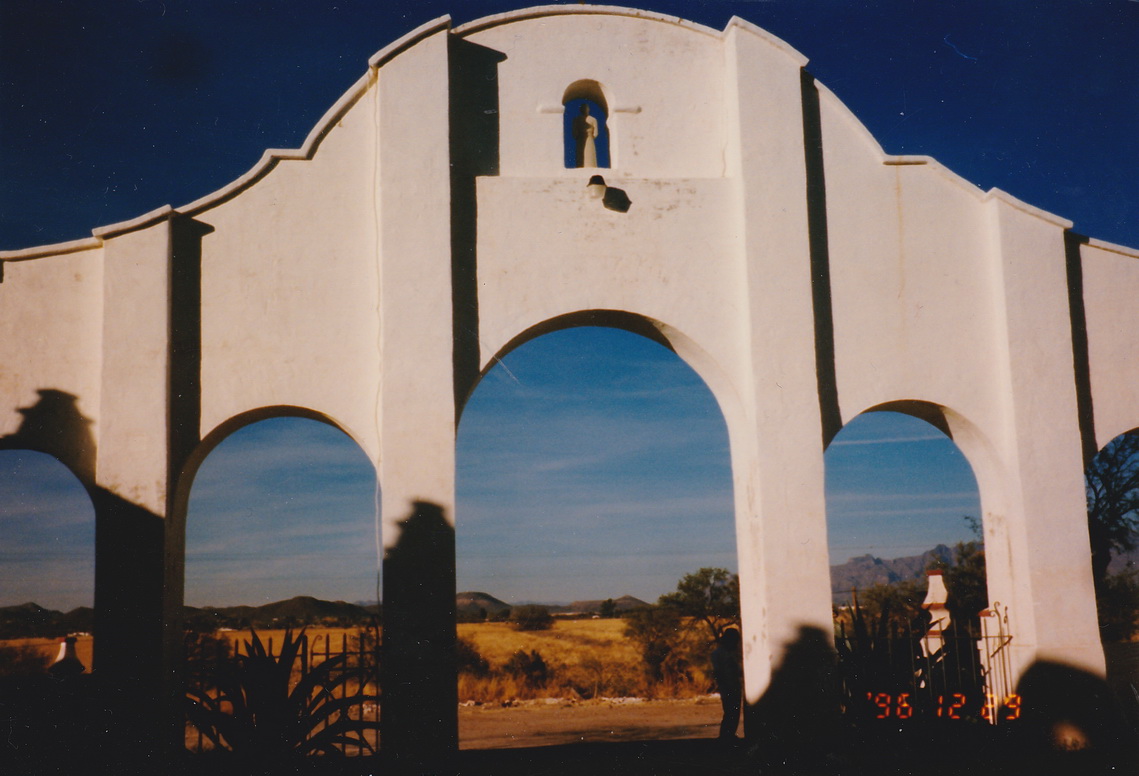 Sometime early in the nineteenth century, probably in the 1820s, Father Espinosa’s old church was torn down and its adobes, wooden columns, and ceiling beams were re-used to build a convento wing—still here today—extending east from the east bell tower of the Franciscan structure. Today’s church itself has interior and exterior walls of fired bricks set in lime mortar with an interior core filled with stone rubble over which lime mortar was poured periodically as the walls went up.

The east bell tower, as well as interior decoration of a room apparently intended for large meetings of friars, was never finished, a result of a growing debt and a lack of funds or goods with which to repay it. Although the names of the decorators of San f Xavier’s interior remain unknown, Ignacio Gaona, who in 1801 at age forty-seven was living either here or in the O’odham community in Tucson and whose family was still at San Xavier in 1802, was its architect/builder. He subsequently applied his skills at Caborca.

After the new temple at San Xavier was ready for use in 1797, Father Llorens directed his attention toward other building projects. One was the Tucson visita where he began either a renovation or a replacement for the Garcés chapel. He also proceeded to build a large, two-story adobe convento. When it was completed is also unclear, but it was probably after 1804. 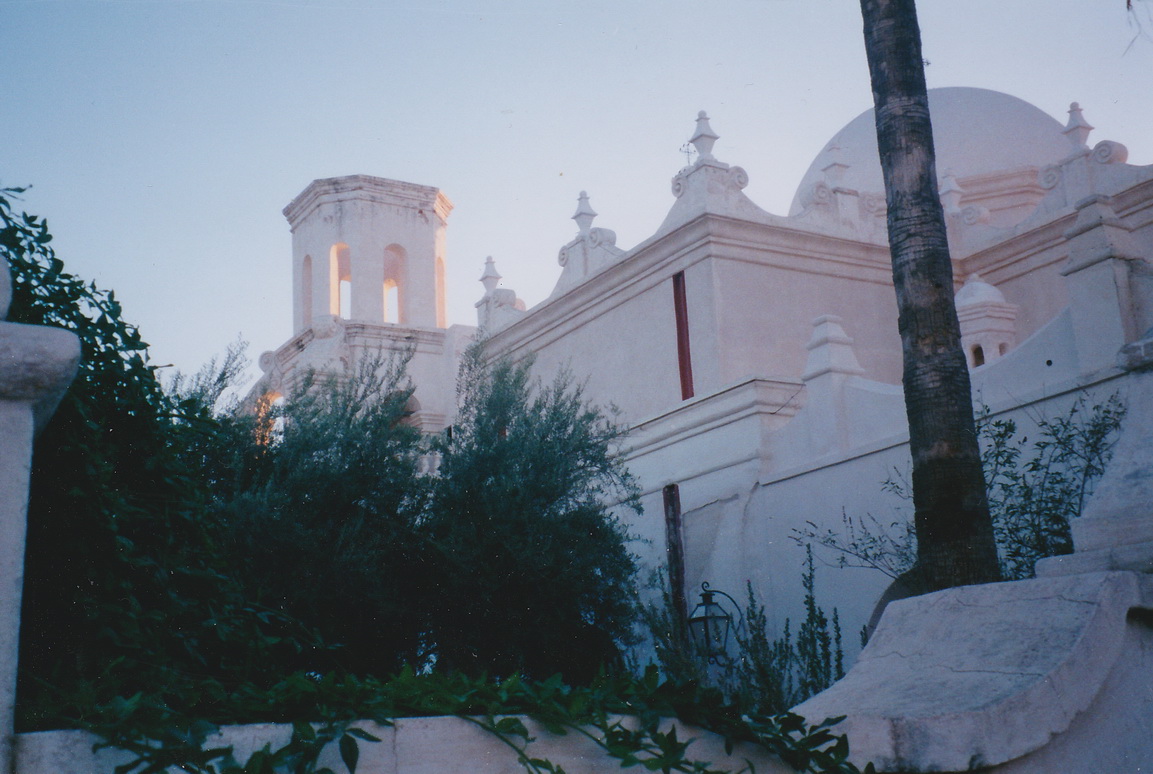 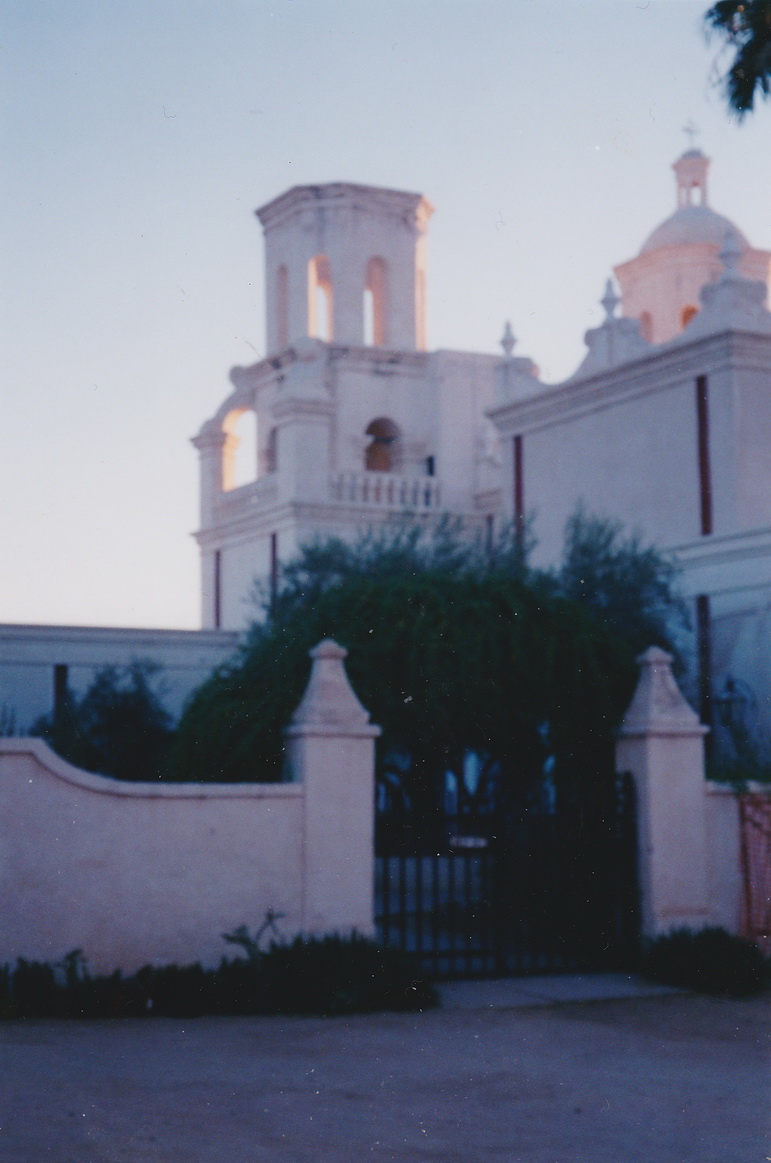 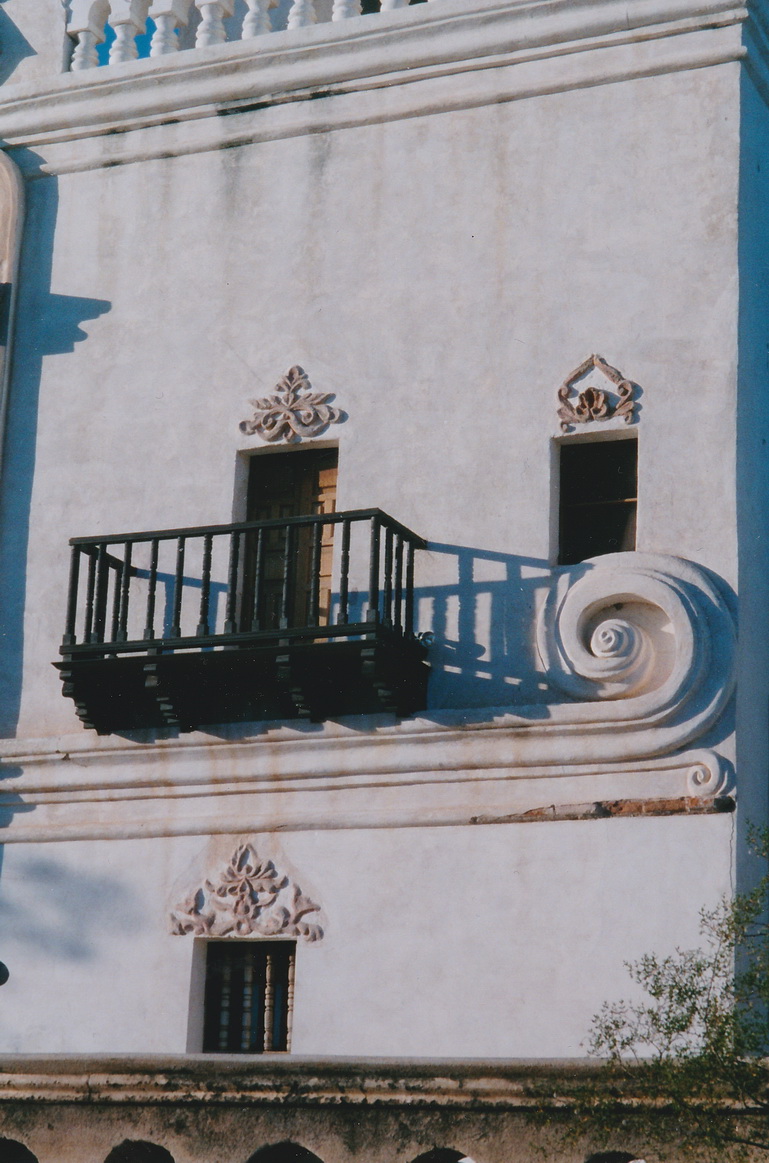 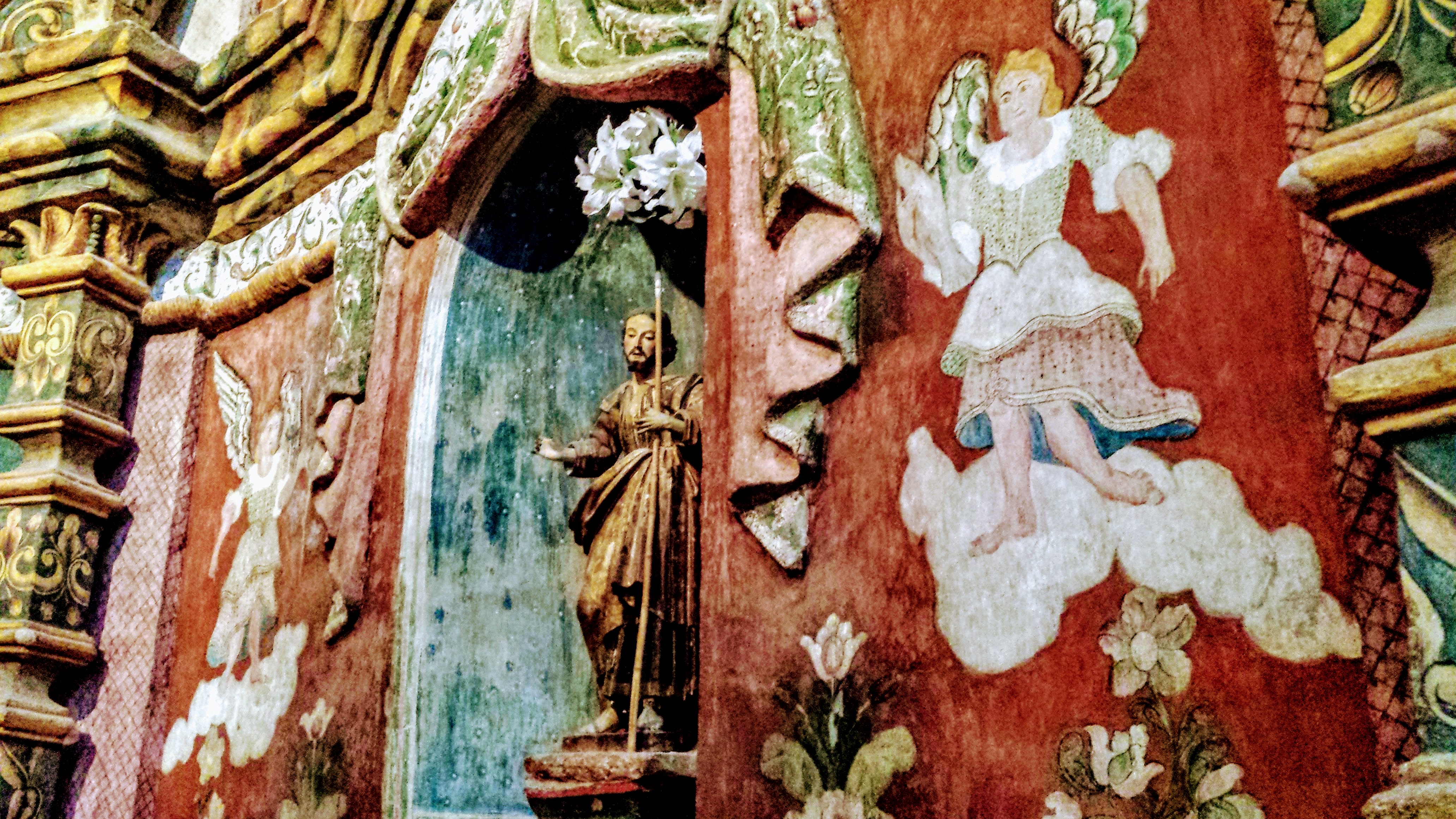 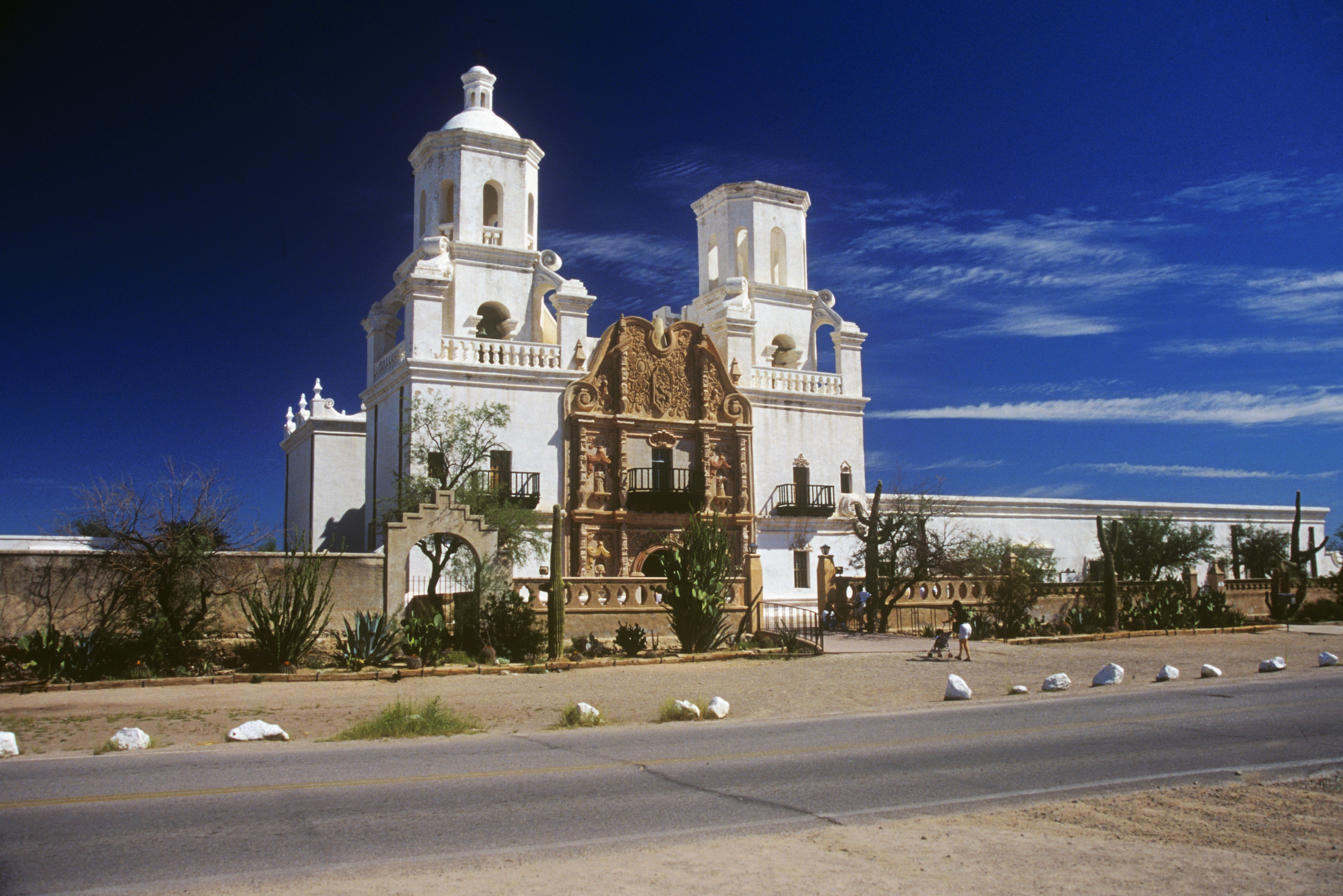 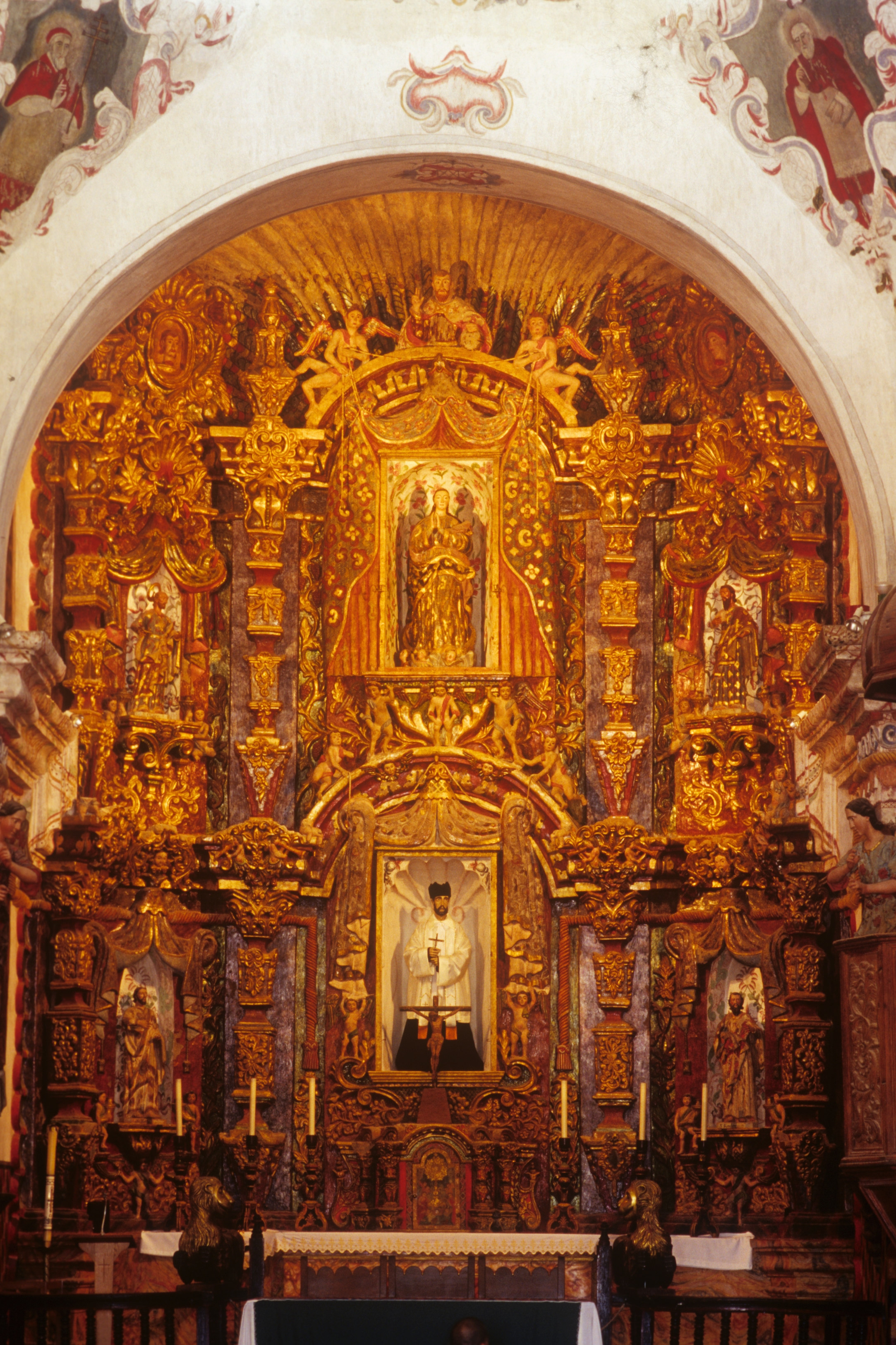