Although visited briefly by Franciscans, in an abortive effort in 1645 to extend their mission field toward the west, the O'odham at Ímuris were left largely to their own devices until the arrival of Father Kino in 1687.

Kino visited Ímuris as early as March 1687, but it was the 1690s before some kind of chapel was built here. Throughout virtually all of its life as a mission, Ímuris was a visita of San Ignacio, and only rarely did it have a resident priest.

It is unclear how many chapels may have been built at Ímuris in the seventeenth and eighteenth centuries. Father Reyes wrote in his 1772 report that the church and house were nearly in ruins, and by 1797 there was not enough there to warrant an inspection by Father Visitor Yturralde whose narrative of his visitation makes no mention of the place.

When the village—whose O’odham population had been displaced by Mexicans by 1801— was visited by United States Boundary Commissioner J. R. Bartlett, in 1851, he found an “an improvement . . . in the adobe houses here; they were all capped with brick or tile,” perhaps a tribute to Father Santiesteban’s earlier innovation at nearby Cocóspera. Bartlett also said the church “appeared quite new,” no doubt a post-Franciscan construction.

Today’s church at Ímuris is a twentieth-century building from foundation to ceiling. What gave it special historical interest, however, is that it shelters a large crucifix bearing the figure of what until 1995 was a Cristo Negro (Black Christ), Nuestro Señior de Esquipulas.

The cult of Nuestro Señior de Esquipulas has its origins in sixteenth-century Guatemala. In one version of its history, the Mayan Indians, having seen the cruelty of the white man and having therefore become suspicious of a white Christ, commissioned a woodcarver to sculpture a Christ out of balsam and orange wood whose natural color resembled that of their skin. The figure was mounted on a cross, and in time, smoke from burning votive candles and incense turned him black.

In 1595 the crucifix was taken to the southeastern Guatemalan town of Esquipulas where it was set up in a little chapel near several health-giving springs. The image soon became famous for its miraculous cures, and according to oral tradition, one of those thus cured in 1737 was the archbishop of Guatemala. He was so grateful that he had a large sanctuary— now a basilica—erected to house the figure, a church completed in 1758. The fame of the Black Christ spread far and wide throughout Latin America and similar images began to be made and established in different communities, almost always in association with healing waters.

According to an official report submitted in 1843, one of the rooms in the convento of the visita of San Agustín del Tucson contained statues of saints, including “a majestic representation of the miraculous image of Our Lord of Esquipulas.” In 1856, presumably when the Mexican troops left Tucson, it was taken to Ímuris where it can still be seen in the church, although in 1995 its black finish was removed and Our Lord of Esquipulas became a generalized image of the crucified Christ.

In Sonora, there is still a Black Christ in the old mission church at Aconchi on the Río Sonora, and in New Mexico, the crucifix of Esquipulas is in the sanctuary at Chimayó—both carved images dating from the first half of the nineteenth century. 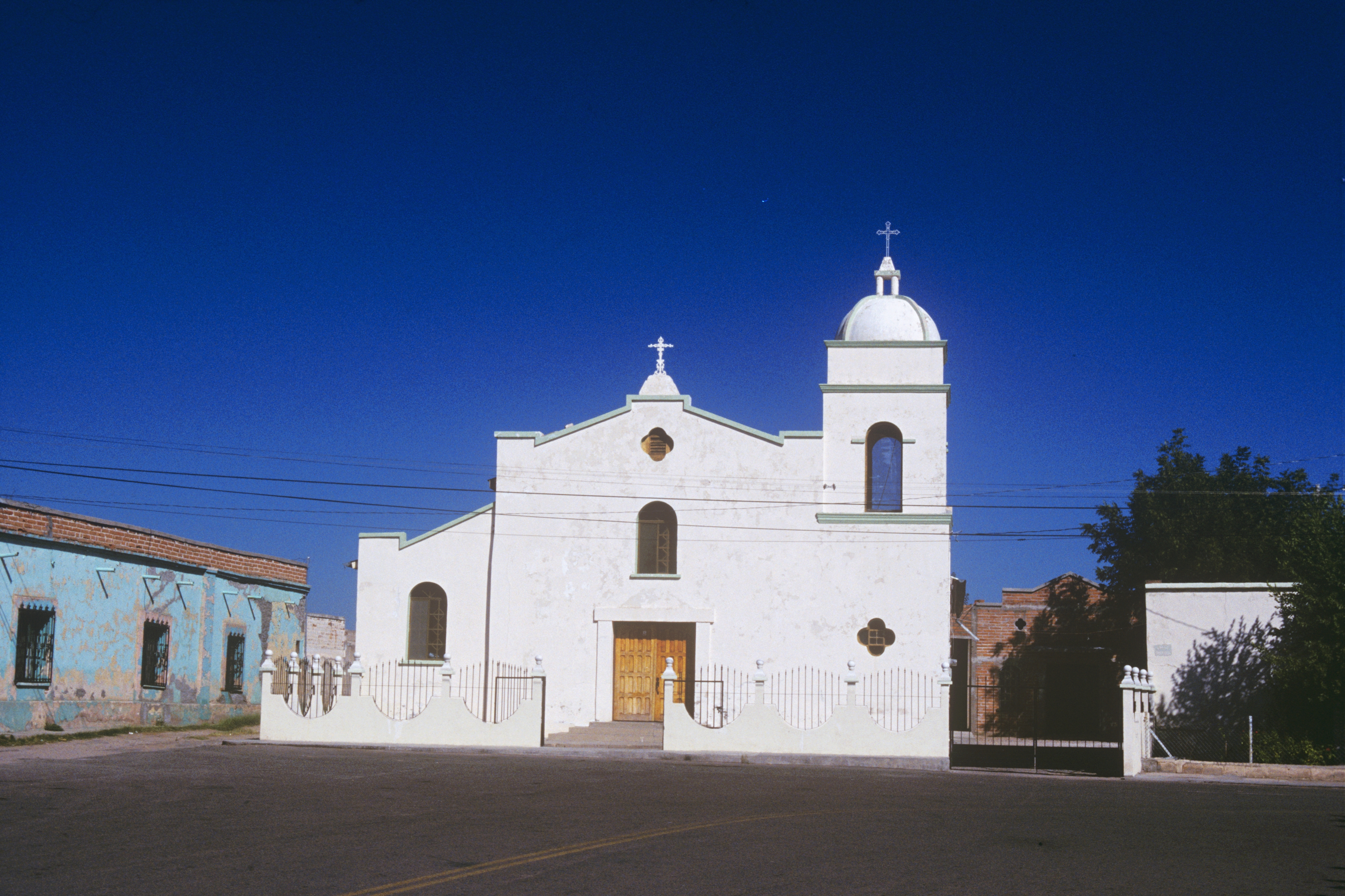