Now one of three units of Arizona's Tumacacori National Historical Park, the adobe ruins of Los Santos Ángeles de Guevavi lie on the east bank of the Santa Cruz River south of Tumacacori about ten miles north of the International Boundary.

They are the product, ultimately, of an initial brief visit paid here in January, 1691, by—who else?—Father Eusebio Francisco Kino. Father Kino christened the O’odham village San Gabriel after one of the archangels. In 1732, a Jesuit successor added San Rafael as a patron, and in 1744 still another missionary decided on San Miguel as the name. Thus was Guevavi under the watchful care of three archangels, Los Santos Ángeles, although by 1774 they had already begun to look the other way when Apaches forced its abandonment.

In 1701, Guevavi was made the cabecera with visitas at the nearby O’odham villages of San Cayetano de Tumacácori, San Luis del Bacoancos, and Los Santos Reyes de Sonoita. Its first minister arrived, and Father Kino wrote that “in a few months were finished a house and a church, small but neat, and we laid the foundations of a church and a large house.” It was Kino who had ordered that “the neat little church” be roofed and whitewashed.

The first resident Jesuit left Guevavi before the end of 1701 and it was thirty-one years before anyone else was assigned to the community. By 1722, when Father Campos of San Ignacio visited Guevavi, the house, small church, and unfinished larger church and house apparently had disappeared.

The Jesuit enterprise in Pimería Alta was bolstered in 1732 with the arrival of three new missionaries, one of whom, Johann Baptist Grazhoffer, was assigned to Guevavi. The elder Juan Bautista de Anza had seen to the construction at Guevavi of a little house to accommodate the new minister, and Grazhoffer was able to con­ duct services beneath a sturdy, well-roofed ramada.

Father Grazhoffer died at Guevavi a year after his arrival, and his immediate successor was there a little more than a year before he was assigned elsewhere. After 1737, matters improved and Guevavi was steadily manned by Jesuits until the Pima Rebellion of 1751 and, subsequently, until their expulsion in 1767.

Guevavi seems to have gone for years without a proper church. Finally, however, in the summer of 1751 a master builder, Don Joachín de Cásares of Arizpe, arrived on site. Father Joseph Garrucho, Guevavi’s minister, had decided on a major building project. Historian John Kessell tells what happened:

… Plans called for, or at least came to include, a rectangular church whose inside dimensions were not particularly impressive, about fifteen by fifty feet. The new structure was to be built on the extreme east edge of the mesilla with its long axis lying roughly north-south and its main doors facing south onto the village plaza. Tabular slabs of local conglomerate rock cemented with mud mortar, Don Joachín and Father Joseph agreed, would provide a solid foundation. The walls of sun-dried adobes set in mud mortar were to be all of three feet thick, plastered with mud, whitewashed, and finally decorated inside with various colors. The flat roof would rest on vigas, large beams spanning the building’s short axis. A door through the west wall of the church was to lead out onto a patio enclosed on the other three sides by rooms one deep with their doors opening onto the patio. In this convento, measuring overall some 90 by 105 feet, Father Joseph would have his quarters, perhaps a small personal chapel, the Indian school, a kitchen, refectory, and whatever storage and work rooms space permitted. Here at Guevavi Joseph Garrucho would leave, if nothing else, a house of God where none comparable had previously stood.

Presumably master-builder Cásares brought with him to Guevavi artisans and assistants. For unskilled labor, he depended of course on the mission’s neophytes. They would supply the muscle, albeit at their own less-than-frantic pace. Commenting on native building crews, Father Sedelmayr once wrote (in 1754): “Their manner of working was to gather between eight and nine and to quit about four. The ones who dug the earth did so seated. Those who carried two small balls of mud did so, then sat down to rest. The others also worked at this pace. But because there were many of them, something was accomplished.

A good deal is known about the particulars of the construction of Guevavi, not through documentary records, but thanks to physical examination of the ruins and to archaeology carried out here over the years.

Whatever damage was done to the new church and living quarters at Guevavi during the 1751 Pima Rebellion—and both were spared the torch—was apparently patched and renovated after 1754 by the mission’s new minister.

When the Franciscans took over the cabecera of Guevavi in 1768, its visitas were San Ignacio de Sonoitac, San José de Tumácacori, and San Cayetano de Calabazas. Father Reyes’s 1772 report said that Guevavi’s temple was adorned with two altars and a small side chapel with paintings in gilded frames, and its sacristy had everything needed for the altar and divine services.

By 1772, however, the end for this adobe-walled outpost had been assured by Apache hostility. Father Reyes’s report incorrectly listed Guevavi as the cabecera, because in 1770 or 1771 it had been transferred to Tumacácori. A report written at Tumacácori in 1773 said only nine families continued to live at Guevavi, while a year later, Tumacácori’s only visita was that at Calabazas. Los Santos Ángeles de Guevavi was abandoned, with only roofless adobe walls and written words as a reminder to posterity. 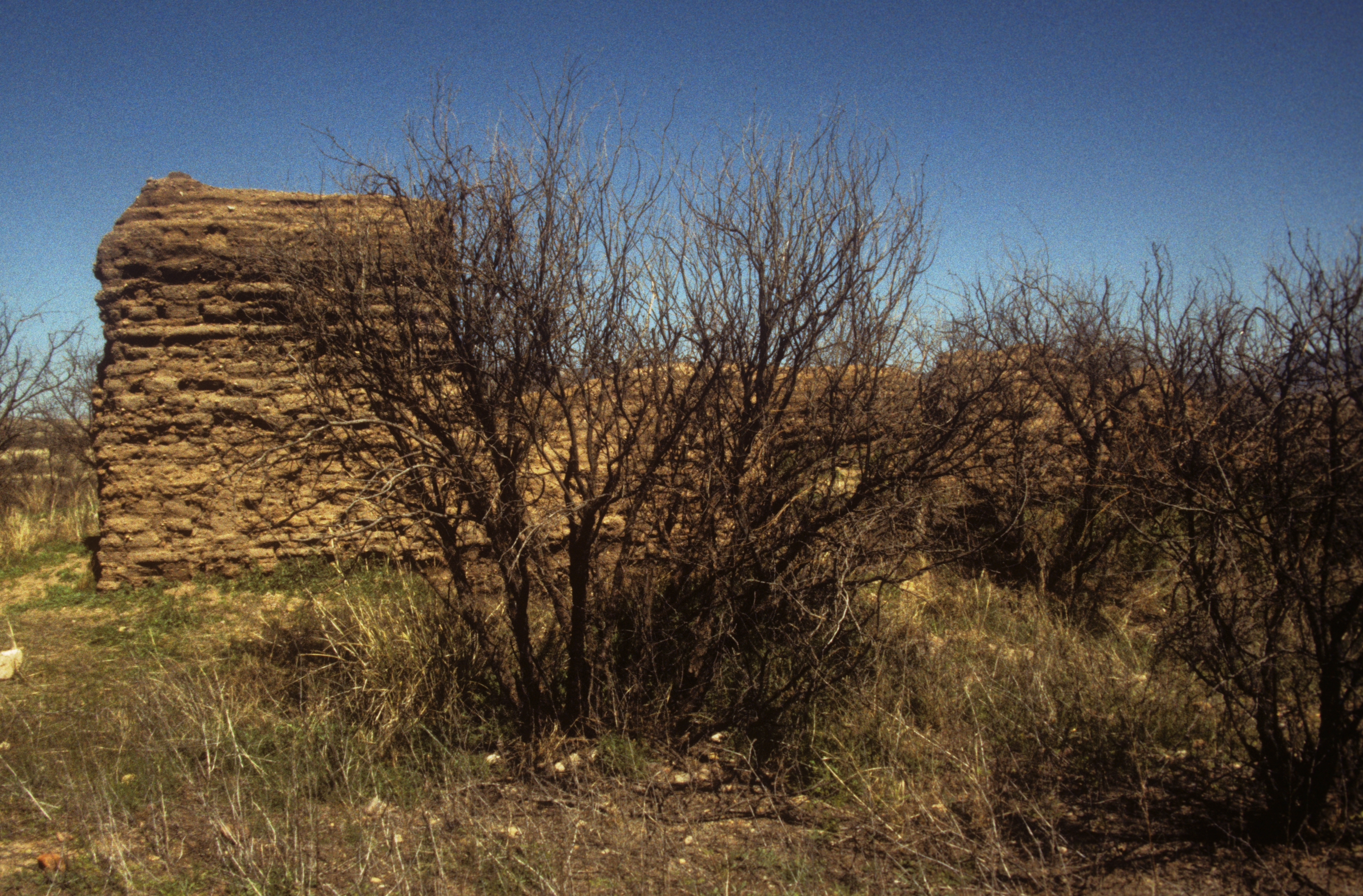